Serving The Charlottesville Community Since 1917

John Ferris Bell (January 14, 1890-Oct. 10, 1959) was born and educated in Petersburg, Virginia. Following his graduation from Hampton institute, he taught tailoring for four years at Lincoln Institute, Jefferson City, Missouri. He then trained as a Funeral Director and Mortician in Chicago, Illinois. Dr. John A. Jackson, his cousin from Petersburg who had become a dentist in Charlottesville, pointed out the city's need for a mortician. Mr. Bell moved from Chicago to organize the J.F. Bell Funeral Home which continues today as the oldest family-run funeral home in central Virginia and the area's oldest existing business owned by people of color.

Initially the business was located on Vinegar Hill at 275 West Main Street in a two-story brick building that was shared with Messenger Printing Company operated by John G. Shelton. While a bachelor John F. Bell lived across the street at 278 West Main Street in a wooden boarding house run by relatives of the locally well-known Inge family. After his marriage to Maude Lee of Charlottesville (married April 3,1919 in Chicago), the couple moved to Fagans' boarding house on Preston Avenue. Maude Lee Bell assisted her new husband and later became a Funeral Director. Their business prospered, around 1925 a local contractor, Charles Cole, built the J. F. Bell funeral Home with an upstairs apartment for the family. It remains as the main part of the funeral home at 108 6th Street N.W.

The Bell's had four children. Rosamond Bell Jemison taught at Jefferson School in Charlottesville for many years. John F. Bell, Jr. trained as a mortician in Boston Massachusetts then apprenticed with his father in the family business. After some years he and his wife, a nurse, settled in her home town of Cleveland where it was easier for her to find work. While in Ohio John F. Bell, Jr. became an accountant. In later years he returned to Charlottesville to rejoin the family business. The Bell's two youngest children were twin sons Henry H. Bell and Raymond L. Bell. Like his brother, Henry studied in Boston and then apprenticed to his father and became an expert mortician. Henry H. Bell was a recipient of the Golden Licensee Award in 2001 from the Virginia Funeral Directors' Association for 50 years of continuous service to the funeral industry, all of which was spent at J. F. Bell Funeral Home.

In the early 1950s Raymond left his studies as a graduate student at Boston University to work as a Funeral Director with his father and his twin. In recent years, the third generation of the family has entered the business. One of Henry's daughters, Deborah Bell Burks, and her husband, Martin Burks III, are now actively involved in the Bell Funeral Home.

Consistent through the generations has been the Bell family tradition of contributing to the community. All the men of the family served in the armed forces. John F. Bell served in world War I, his three sons in World War II and his grandson- by- marriage is a retired Lt. Colonel. Both J.F. Bell and J.F. Bell, Jr. were active in the Masons, Henry with his church and Ray with the local NAACP. As their Public Relations chairman during the desegregation of local schools, Ray took a vital role in keeping policy's clear. His skillful handling of the national press, such as reporters from the N.Y. Times and young Mike Wallace, earned him wide respect. After some persuasion, Ray became the first African- American to serve on the Charlottesville School Board. 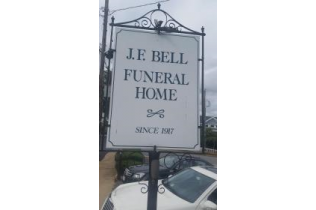 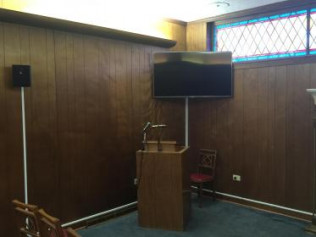 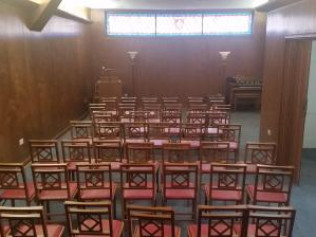 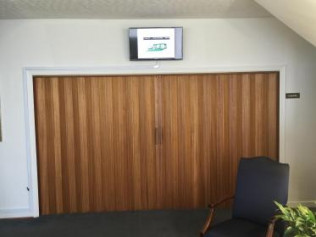